Flickity v1.0.0 is out and ready for prime-time. 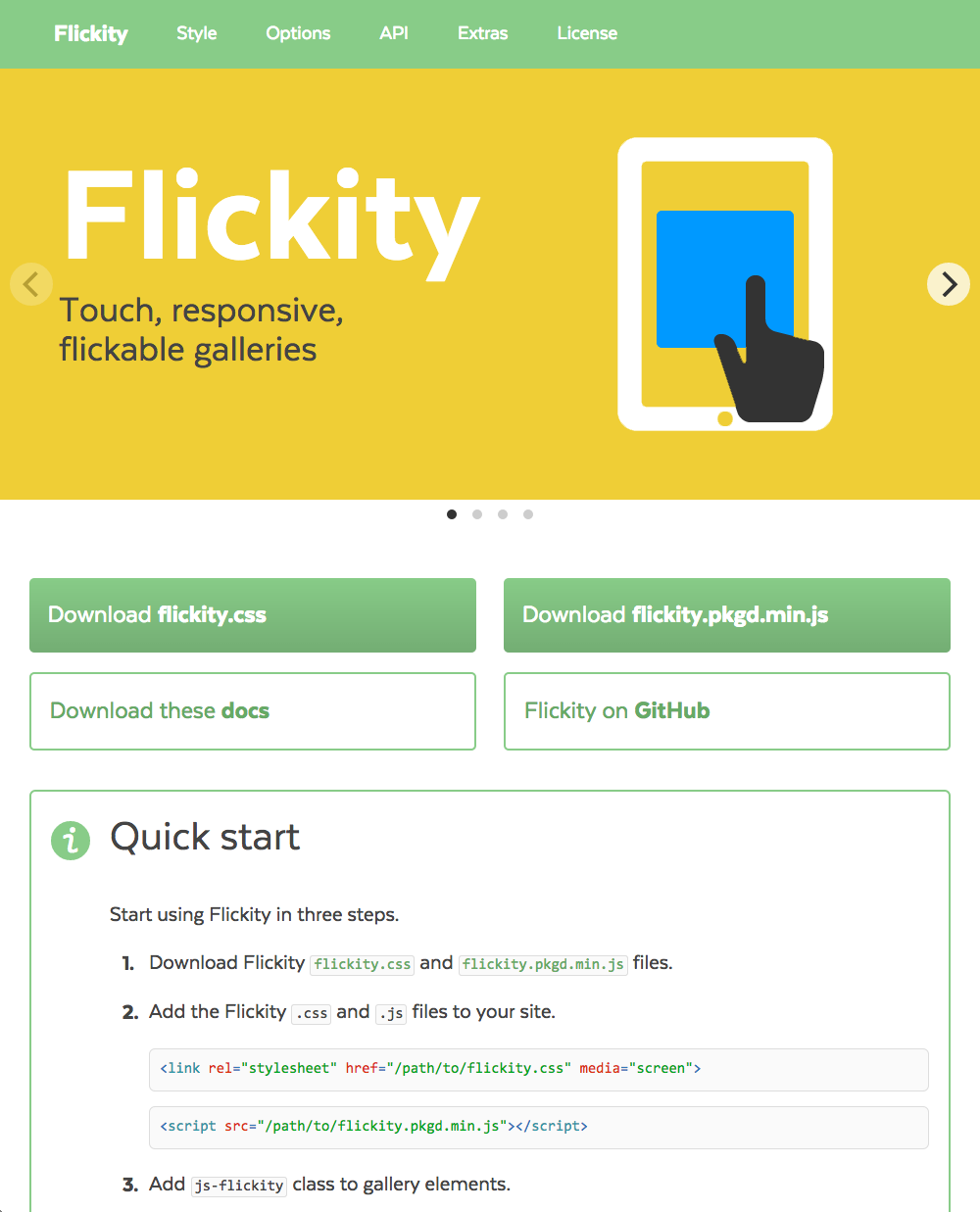 Check out the gif.

How much does a widget cost?

Now that it's been properly launched, it's worth considering what it cost to put it all together. In the development of Flickity, I have produced:

Flickity's total development time, from initial demos to v1.0.0 release, has taken about 3 months. Creating Isotope and Packery took about 3 months as well, although I wasn't working on them full-time. Estimating that a front-end developer's yearly salary is $100,000 (which is on the low end for NYC or San Francisco), 3 months would cost $25,000.

This may sound extravagant. But consider that if for each of Flickity's thousand GitHub stars, it saves one person one hour of work, that would be 1,000 hours. If the average hourly rate for each person is $50:

I could argue that work put into Flickity costs half of what it's worth. When you consider the aggregate benefits that they can provide, the value of widgets is tremendous.

If you're just joining us, I'm making a new gallery library! The story thus far...

Flickity v1 is out. Give 'er a flick!